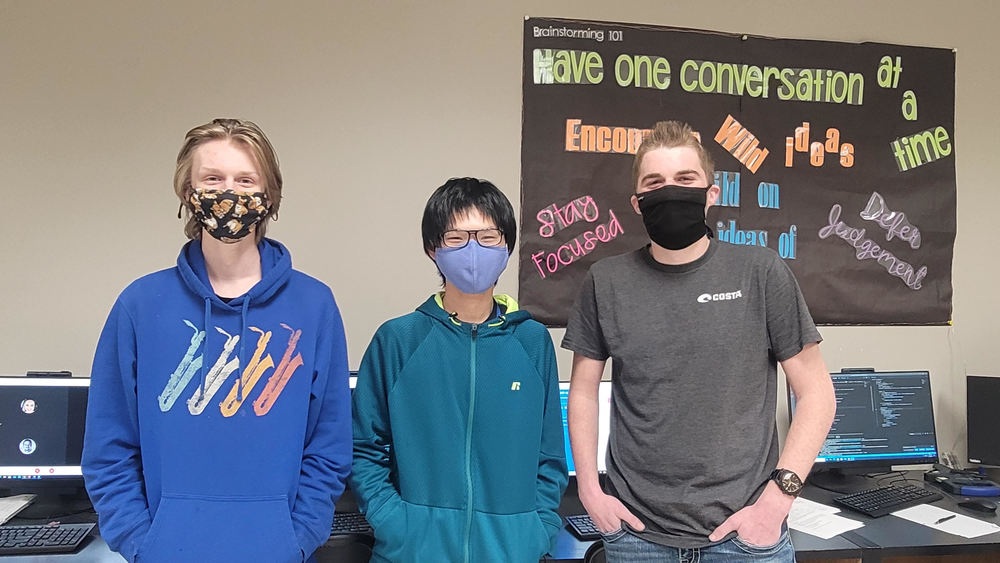 Gov. Asa Hutchinson and the Arkansas Department of Education are pleased to announce the 17 teams advancing to the Fifth Annual All-State Coding Competition on May 1, 2021.

“COVID changed almost everything, including this year’s regional coding competition, which was held virtually for the first time,” Hutchinson said. “Regardless, competing off-site did not dampen the enthusiasm of the more than 100 teams that participated. All of these students are on a path to a bright future because of the work they have put into learning to code. Congratulations to the 17 teams that are advancing to the state competition in May.”

One of the 17 teams advancing is made up of Reid Dutton, Tony Chen, and Jessie Beatty from Star City High School in Star City.

The All-Region Coding Competition was a digital event that was held Feb. 26, 2021. More than 100 teams participated in the event and were scored by the ADE Office of Computer Science team using a common rubric and process. That process determined the top 16 teams to invite to the state-level event. The school that produced the first-place team at the state competition in 2020, the Don Tyson School of Innovation in Springdale, received an automatic invitation to send a team to the state competition.